↓
Home→Drivetrain→Opps! Our planets have too much gap…

With the Earth, that would be a good thing; with planetary gears…not so much!

One of the difficulties in rebuilding a transmission that has already been worked on by others, is that you run the chance of having an odd mix of components, depending on what kind of use the original (re)builder was planning.  In digging into our TH200-4R, we found a number of mixed components: 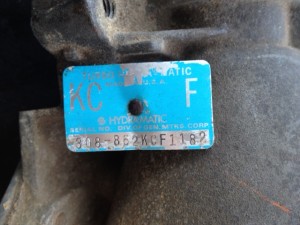 And during the rebuilding process, we ran into an odd mix of component wear patterns as well; the low-reverse planet carrier thrust washer was worn out, the forward clutch housing’s teeth were chewed up (hard shifts), but the band looked new (if somewhat cracked and of poor quality), the first planetary assembly had clearances that were practically brand new, and the bushings were in generally good shape.

So we took that all into account and we started assembling the output shaft: 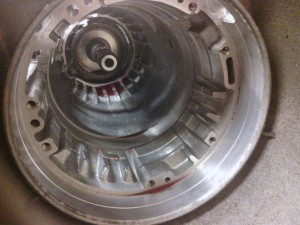 And then we ran into this: 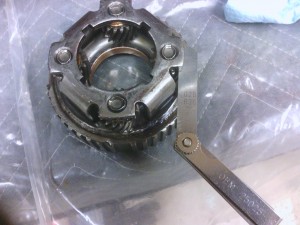 At 0.025 inches of bearing play, the rear planetary gear bushings were worn out and need to be replaced.  The problem is that this is a “non-rebuildable unit”, at least by home shop standards, and GM no longer makes this assembly.  So our best shot is used or re-manufactured.  We did find a re-manufactured unit but I won’t know what it’s end-play is until the unit arrives sometime this week.  I ordered it anyway, so we’ll see what turns up. 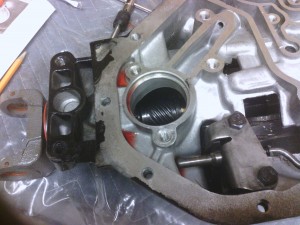 The output shaft is installed, but we have to wait on a new Rear Planet Carrier.

So…step by step.  At least I got the torque convertor ordered.