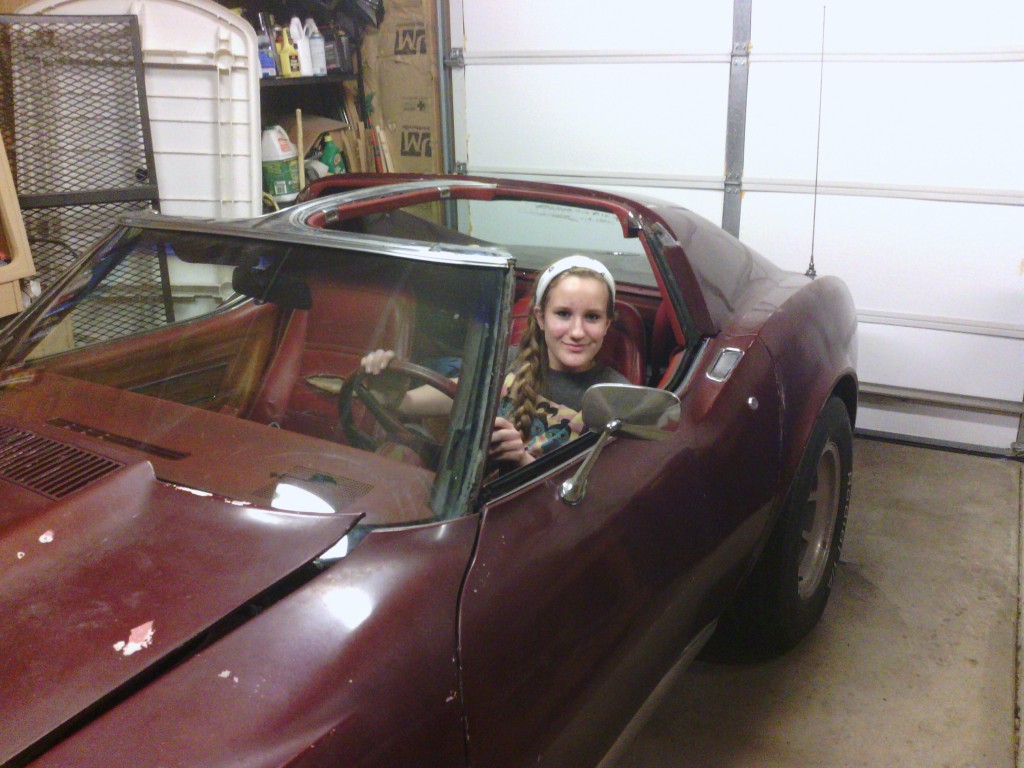 I got cool music on, and a fake shotgun in the passenger seat. Yup, I’m a spy!! (At least for the time being I think I am!

) My new scientcoolific (notice how I invented a new word) theory that if you have a cool car, and no matter what condition it’s in, you still get to sit in there and pretend to be a spy! 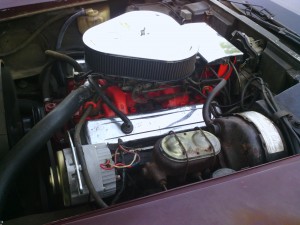 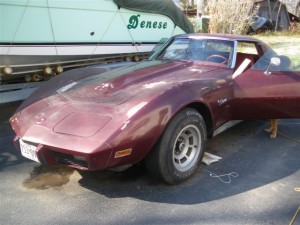 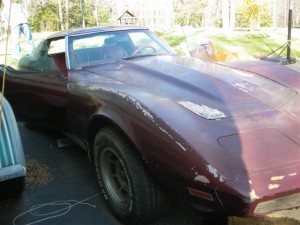 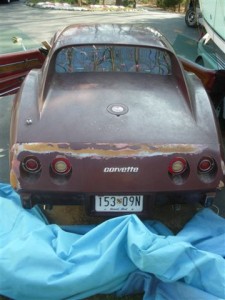 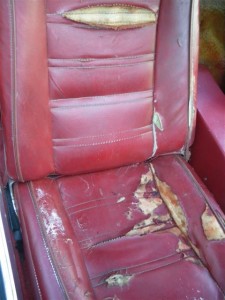 This isn’t just a blog; It’s a story, a story about a very special 1976 Corvette that has always been the jeweled item of my family. My dad bought the Corvette used and in great condition for $10,000 dollars in 1988. One of the main reasons why he bought it was he because he was going through a difficult time in his life and he needed a break from it all; A safe haven. He needed a place where he could go to just forget about the troubles his world offered and just enjoy himself.

Thankfully, his darkness didn’t last forever and in 1993, he met the most beautiful, radiant, kind, and caring woman he had ever met, her name was Barbara, (Although she is known as mom to me). Two years later, they got married in 1994. Not too long after they got married, they moved to England and lived there for three years. In these three years, they had me in March 1997. Not long after I was born, we moved to the Chicago suburbs in IL. In November of ’98, my younger brother was born.

But now back to the Corvette. The first thing that amazed me about the Corvette when I was little was the fact that I got to sit in the front seat-cause Vettes don’t have a backseat. I was the type of little kid that hated being in the backseat. I remember counting down the years til I was 12 and able to sit in the front seat.  In 2001, sadly, my small self soon had the privilige of sitting in the Vette temporarily taken away. My dad sold the Corvette. His reason for doing so was because he is a private pilot and had dreams of building a small airplane in his garage, but in order to do so, he needed garage space; Space which the Corvette took a pretty decent quantity of. He sold it to some relatives in Maryland. My mom always said that he had tears in his eyes when he saw it go away.

Over the years, he worked on his airplane, but he only has a small part of it done. It’ll be a very a long time before he finishes it. The past few years, my interest for Corvettes, (Especially the C3s), spiked. My dad and I started looking on Ebay for C3 project Corvettes (that was all we can afford) .We never really came across anything good.

Last March, my mom called my aunt (her sister) and asked how the Corvette was doing. My aunt mentioned it was for sale. I was jumping around the house being happy and all when my dad told me that he bought the Corvette back for $3000. Although I had yet to find out that the Corvette has been sitting outside and leaking for 11 years thus rendering it a project car. Some of the engine parts either went missing or were replaced with non-orignal parts. The engine runs but barely. There is a large crack in the windshield. Most of the interior is going to need to be replaced. The transmission has problems shifting. The Vette is leaking three different types of fluids, transmission fluid, oil, and power steering fluid. And I am sure we will come across many more malfunctions along the way to getting her back into excellent condition.

You are invited to come along with my family on our ride to restoring Cora (what we call our Vette.) This is a blog for Vette lovers of all ages. Me and my dad are gonna restore it and restore it right. Thanks for reading and I hope you enjoy coming with us on our journey! God bless! -Jackie